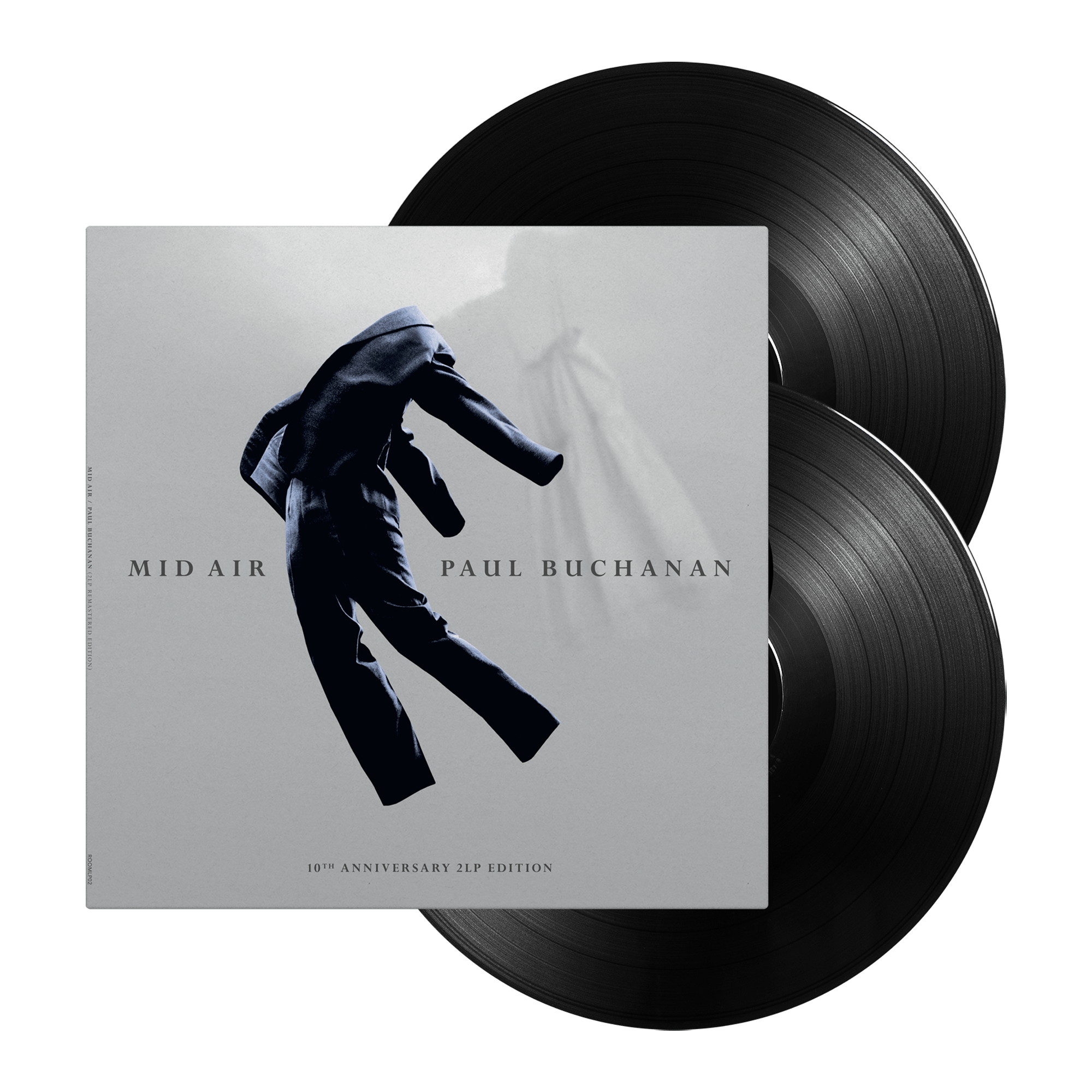 *product may differ to image displayed

To mark the tenth anniversary of the release of Paul Buchanan’s debut solo album ‘Mid Air’, Newsroom Records are reissuing the title as a Double Heavyweight Vinyl set with a 20 page lyric booklet.  The album was remastered in early 2022 by Calum Malcolm and the twelve tracks featured on the bonus disc will be available on vinyl for the first time.
Meer details
We use cookies on this site. To learn more, please review our Privacy Policy
Accept & Continue Review Policy